TO THE JEW FIRST: WHAT DOES IT MEAN AND WHY DOES IT MATTER? 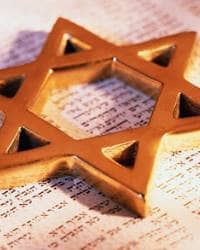 «TO THE JEW FIRST»: WHAT DOES IT MEAN AND WHY DOES IT MATTER?

There are two problems that Gentiles used to wrestle with back in the first century, and even though the Bible gives us wonderful solutions to these two problems, they still plague many people today!
What are these problems, and what help does the Bible give to us to solve them?

PROBLEM ONE: “I’M A WORTHLESS GENTILE… I WISH I WERE JEWISH!”

The first problem is a deflated sense of worth. Sadly, there are Gentiles who are unhappy with the identity God has given them, and wish they were something else. They have believed the lie that Jewish people are somehow “better”, and that Gentiles are second class citizens. But this is not how God sees it at all.

GOD’S ANSWER: THE EPISTLE TO THE EPHESIANS

One verse sums it up nicely: “So then you are no longer strangers and aliens, but you are fellow citizens with the saints and members of the household of God” (Ephesians 2:19). If this problem of Gentile identity is one that ever troubles you, the surrounding context of the verse should straighten things out, and provide even more encouragement for you:

“Therefore remember that at one time you Gentiles in the flesh… you were at that time separated from Christ, alienated from the commonwealth of Israel and strangers to the covenants of promise, having no hope and without God in the world. But now in Christ Jesus you who once were far off have been brought near by the blood of Christ. For he himself is our peace, who has made us both one and has broken down in his flesh the dividing wall… that he might create in himself one new man in place of the two, so making peace, and might reconcile us both to God in one body through the cross, thereby killing the hostility… For through him we both have access in one Spirit to the Father. So then you are no longer strangers and aliens, but you are fellow citizens with the saints and members of the household of God.”

You have been made “one new man” with the Jewish people, you have been given the same access in the same Spirit to the same Father (thanks to the same Messiah) and you are fellow citizens – a member of the household of God along with the people of Israel. You are no longer strangers, but part of the commonwealth of Israel. The dividing wall that once stood in the temple court, beyond which only Jewish people could enter, has gone. Gentiles are not second class in any way – thanks to Yeshua, we all now have equal access to the God of Israel, the Father of us all.

This second problem is the opposite – an inflated sense of worth, thinking that Israel has been cast aside and is of no further consequence, as if the church is all that counts now. Again, the Bible has some great wisdom to give on this matter:

GOD’S ANSWER: THE EPISTLE TO THE ROMANS

“Do not be arrogant toward the branches. If you are, remember it is not you who support the root, but the root that supports you” (Romans 11:18)

This verse in itself should knock the problem of Gentiles feeling superior to Jews on the head, but there is more to explore in the book of Romans on this subject. In particular, it is important to understand the “To the Jew first” concept in Romans 1:16, where Paul says, “For I am not ashamed of the gospel, for it is the power of God for salvation to everyone who believes, to the Jew first and also to the Greek”. Let’s look at Romans 1:16 in the context of Romans as a whole.

The word “first” in the original Greek is the word “proton” (πρῶτον), which we need to understand in order to appreciate all that Paul is saying here. There are a couple of ways of understanding how the the gospel is to the Jew “first”[1]:

This word ‘proton’ might mean first sequentially – that the gospel went to the Jewish people first (historically), and then went out to the nations after that. The trouble is that people then mistakenly think that the Jewish people have had their chance back in the first century, but that they blew it. The rest of the book of Romans is giving an altogether different message. The letter is encouraging Gentiles to remember that God has NOT given up on the people of Israel.

‘Proton’ can also mean first as in particularly, especially, or in prominence… We would argue that it is this sense in which Paul writes about the Jew being first. The gospel is particularly and especially for the Jew – and also for the Gentile. Why must it be read this way and not in the sense of sequential order? Because when we read the rest of the book of Romans, we can see that is precisely what Paul means. In the very next chapter, he uses exactly the same phrase – judgement will also come to the Jew first, and also to the Gentile:

When we put these two phrases next to each other, we understand that Paul is saying that the Jewish people are especially accountable before God, because they have been given so much revelation, and so will be judged “first”.
In the same way, the story was entrusted to the Jewish people – as Paul explains throughout his book, it was the Jewish people who received the “Oracles of God” – the Scriptures. It was their very history as a people, and it was through the Jewish people that the Messiah came to redeem the whole world.
The book of Romans in effect reminds the Gentiles, “You’ve not taken over, so don’t be arrogant towards your Jewish brothers and sisters!” The Messiah is Jewish, according to the flesh (1:3), the “oracles of God” were given to the people of Israel (3:2) along with promises, temple, glory, the patriarchs, the adoption, and all our redemptive blessings are Jewish (3:1-2; 9:1-5, 11:28-29). Romans 11:24 tells us that the very root is Jewish, which is why the gospel is especially (proton) for Jews, who are the natural branches that need to be grafted back in (11:24). Gentiles are unnatural branches which can now be grafted even though they are not naturally from that Jewish tree.
Romans 1 teaches that mankind has seen the general revelation of God through nature and our consciences, and so all are without excuse (Romans 1:18-20). But the rest of the book explains how special revelation was given to the people of Israel in particular, making them all the more accountable. So the Jewish people will be particularly judged (proton). In the same way, we understand that Paul is saying that the gospel is particularly and especially (proton) for the Jewish people, because the groundwork has already been done – the tracks are already laid… but the gospel is now ALSO and EQUALLY for the Gentiles. The way has been opened up for all.

SO WHAT DOES THIS MEAN FOR US TODAY?

These biblical principles should have an effect on the way that we go about fulfilling the Great Commission.

The church must strive to remember that historically, contextually and covenantally, the gospel is, was and will always be particularly and especially for Jewish people because it’s such a Jewish thing!

“Replacement theology” that considers the church to have taken the place of Israel is sinful, not only because of its arrogance toward the Jewish people which the Bible warns us against, but also in terms of its failure to appropriate Romans 1:16 in its understanding of the Great Commission. The gospel is for the Jewish people today as much as it ever was. Our challenge is to boldly and joyfully embrace the truth that the gospel is the power of God unto salvation particularly to the Jew and equally to the Gentile.
Romans 11 teaches that Gentiles can be included and grafted in equally, alongside Israel. Ephesians shows how the Gentile believer is welcomed into a new home, one they have never been to before, but they are now warmly invited in as family. The red carpet is laid out for the nations to join the commonwealth of Israel, and they can be adopted into a home that was not their own. Equally, when we share the gospel with Jewish people, we are not asking them to leave the faith of their Fathers – we are inviting them to come back home.

[1] According to the authoritative BDAG / ‘Bauer-Danker’ Lexicon, “Proton” can either mean first sequentially or in prominence.