Where did the Pope come from? 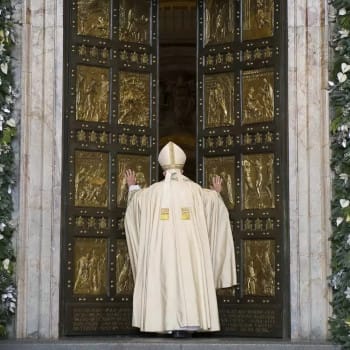 Where did the Pope come from?

Many Catholics claim that Peter was the first pope. Yet there is no biblical or even historical evidence for this idea. Josephus never refers to a pope, and certainly, the New Testament does not. Even Catholic historians must admit that the idea of one person having central power is foreign to the New Testament and the century that followed.

Most Christian scholars from both sides of this divide agree that the threefold structure of ministry, with one Bishop along with a number of presbyters and deacons and each local church, does not appear in the New Testament. There is a broad consensus among scholars that the historical episcopate developed in the post-New Testament. [There is] hardly any doubt that the Church of Rome was [originally] led by a group of presbyters for at least part of the 2nd century. —Frances Sullivan[1]

Even the idea of the Primacy of Peter, which is taken from Matthew 16, where Yeshua says he will build his Church “on this rock”—assumed to be referring to Peter—does not play out in the book of Acts. Peter was a great apostolic evangelist (Acts 2), but it was James who played the most prominent governmental role. James oversees the Acts 15 council (and Peter is submitted to him), and he is the one whom Paul greets in Acts 21:18. If any of the apostles were the first pope, it was James, not Peter (Gal. 1:19).

Despite the clear biblical record, Leo the Great (c. 400-461) argued, “the bishop of Rome was the successor of Peter, who had been martyred in the city, it followed that the pope was the ultimate foundation of the church.”[2] But why Rome? The first believers hoped the risen Messiah would overthrow Rome (Acts 1:6). The Bible is very clear about Jesus returning to Jerusalem (Zech. 14, Acts 1:9-11), not Rome. But somehow, Rome became known as the “‘eternal city,’ the capital of the Roman Empire.”[3] Augustine corrected this in his Two Cities, where he is clear that:

Our world was created in the beginning, fell away from God, and then was redeemed by Christ; thus Augustine sees the world in which he lives as a mixture of the two cities. But the temporal city of this world will eventually perish, giving way to the eternal city.[4]

We can trace the uses of “pope” referring to the supreme bishop of the Church from Rome to the mid-300s.

Siricius, who was bishop of Rome from 384–99, formalized this practice, and ruled that the title “pope” should now be used only to refer to him and his successors. The first known papal “decretal” – that is, a letter giving binding rulings on disputes within the church – dates from his reign.[5]

The idea of a centralized Roman church led by a pope with universal authority going back to the first century is fiction. Not only is it fiction, it is unbiblical. The clear picture we get from Acts is a plurality of leaders governing together. It was «the apostles and elders» who together decided the fate of Gentile believers in Acts 15. Earlier Paul and Barnabas are sent out by a team of elders (Acts 13:1ff). The Biblical model of a plurality of leaders governing together, holding themselves accountable is the healthiest system from congregational government.