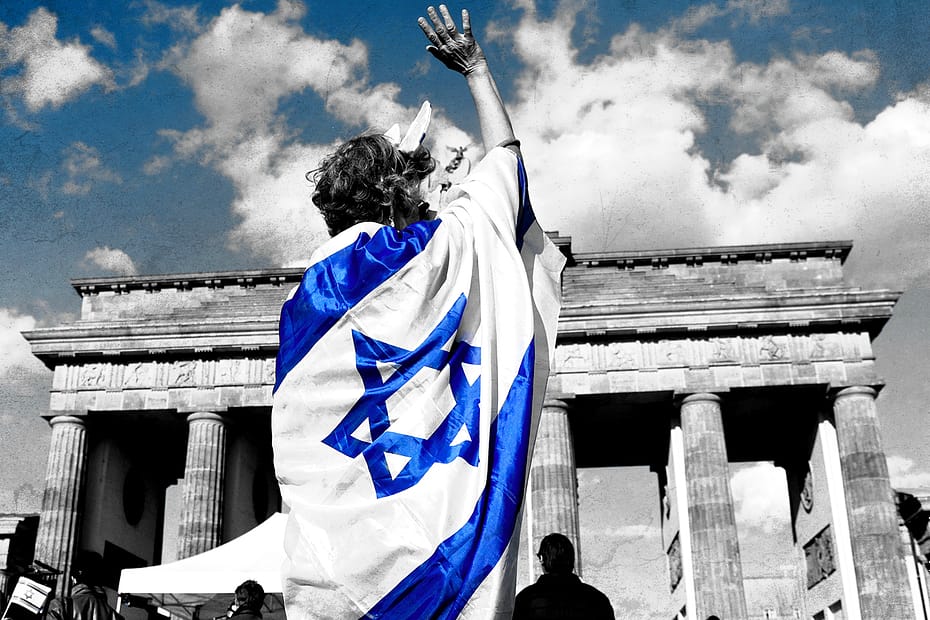 The two countries are at a critical stage in their relationship, says the study’s lead author; “We need to look to the future. History is a strong pillar but it fades away.”

The Hebrew University of Jerusalem on Wednesday released the results of a recent study on how Israelis and Germans perceive each other.

According to the survey’s designers, the results reveal a “complex picture,” showing attitudes varying with ethnicity, age and a number of other factors.

According to the survey, in Germany, attitudes to Israel varied according to age, whether the respondent was from the former eastern or western parts of the country and whether they had a history of migration. Israeli attitudes were found to correlate with ethnicity, Jewish or Arab, and among Jews with the degree of religiosity.

• A majority in both countries expect the new government in Germany to continue former Chancellor Angela Merkel’s approach towards Israel to continue, including her assertion that ensuring Israel’s existence is in Germany’s national interest.

• About half of Israeli respondents said that they would like to see Germany involved as a mediator between Israel and other countries in the Middle East. About the same percentage of respondents in Germany said the same, while 40.5% were against the country playing such a role. Younger German respondents were much more likely to want their country to be diplomatically involved with Israel.

• Exposure to and knowledge of the other’s country and culture was rather limited. Moreover, German respondents had difficulties distinguishing between Israeli and Jewish culture.

• 58% of Germans agree that anti-Semitism is currently a problem in their country. 72% see it emanating from the far right, followed by 70.1% as emanating from the whole population and 58% from a Muslim minority. Respondents from western Germany were far more likely than those from the eastern part to view anti-Semitism as a problem. In eastern Germany, men were the group with the lowest percentage (38.5%) who agreed.

H.U. European Forum professor Gisela Dachs, the survey’s principal author, believes that Israel and Germany are now at a critical stage in their bilateral relationship, the university said in a statement.

“We need to look to the future. History is a strong pillar but it fades away. The challenge is to build a shared future between Israel and Germany that is not only founded on a shared past,” she said.

“The importance of this survey lies in the fact that we collected concrete data not only about what the respondents think but also what they actually do,” said Dachs.

For example, the survey included questions about the frequency of travel to each other’s country and the ways in which respondents experienced each other’s culture. Dachs noted that “once you can identify a specific lack of knowledge, then you are in a better position to address it.” The survey therefore has implications, she said, for education and public policy by both governments.

The H.U. European forum comprises research centers, graduate study programs and research funds, and focuses on teaching and research connected to “important long-term processes in Europe,” and on Europe’s interaction with Israel and the Middle East, according to the university.